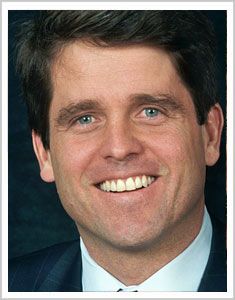 • Mark Kennedy Shriver, Senior VP of US Programs at Save The Children, calls in at 10:30am ET / 7:30am PT to talk about his new book, “A Good Man: Rediscovering My Father, Sargent Shriver”

• President Obama basked in the support of his gay and lesbian backers Wednesday night in Los Angeles, revving up an enthusiastic crowd with a pledge to block any attempt to roll back rights that gay Americans have gained under his administration.

• Republican presidential candidate Ron Paul conceded on Wednesday that he will not obtain enough delegates to win the Republican nomination, but said his success at obtaining delegates “shatters the predictions.”