• The Rude Pundit calls in at 9:30am ET / 6:30am PT to talk about President Obama’s big win last week and what that means for the GOP

• Sexy Liberal John Fugelsang of Current TV’s “So That Happened” joins us in the Los Angeles Bureau at 10:30am ET / 7:30am PT

• Rep. Maxine Waters (D-CA) calls in at 11am ET / 8am PT to talk about what Congress is doing to help avoid going over the Fiscal Cliff 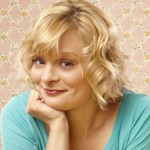 • Actress and activist Martha Plimpton calls in at 11:30am ET / 8:30am PT to talk about her “A Is For…” organization which helps with women’s health issues

• Members of Congress say they want to know more about an extramarital affair between ex-CIA Director David Petraeus and his biographer, questioning when the retired general popped up in the FBI inquiry, whether national security was compromised and why they weren’t told sooner.

• President Obama will meet business, labor and civic leaders this week ahead of negotiations with top lawmakers to avert sharp tax hikes and deep spending cuts that loom at the end of the year, a White House official said late on Sunday.