• Rep. Chris Van Hollen (D-MD) calls in at 10:30am ET / 7:30am PT to talk about his experiences in playing Paul Ryan for Joe Biden’s debate prep 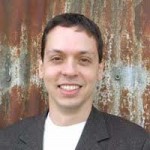 • Markos Moulitsas, founder of The Daily Kos, calls in at 11am ET / 8am PT with his take on last night’s big VP Debate

• ABC’s Martha Raddatz took a forceful approach to moderating the vice presidential debate on Thursday, winning many positive reviews from instant pundits on social media but some complaints from Republicans.