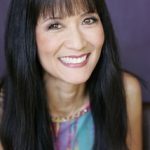 Next week, Trump will be embarking on a “victory tour” to the states he carried, a campaign aide told reporters Thursday. Trump carried 30 states. Campaign aides had previously indicated that Trump, who fed off the energy of large crowds during the campaign, was hoping to continue holding similar rallies during the transition and possibly beyond.

2012 Republican nominee Mitt Romney will meet with the President-elect this weekend with Trump to discuss “governing moving forward” and potentially a role for Romney in Trump’s Cabinet.