John Fugelsang Comedian & Host of ‘Tell Me Everything’ on SiriusXM Insight, Ch 121 – Hr 1 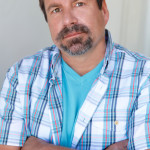 Top Stories
It’s Memorial Day weekend!!! Seems like the entire world needs a break from the insanity that has been the 2016 U.S. presidential primaries so far. President Obama tried to give the world that very solemn and calming start as he gave a brief address in Hiroshima, Japan, at the site where America first dropped a nuclear bomb during World War II.

Not surprisingly, Donald Trump didn’t seem to care what anyone else wanted, as he once again vainly attacked Elizabeth Warren, even as it’s obvious she’s really gotten to him. Trump also blustered on about the proposed debate between himself and Bernie Sanders. You’d think he would have talked more about the fact that he clinched the nomination on Thursday, as several uncommitted Republican delegates committed to voting for him – but things like details aren’t nearly as attention grabbing as picking fights.

Meanwhile, Bernie Sanders went on Jimmy Kimmel’s show and also talked about the debate, along with some policy discussion, while Hillary Clinton went on the Ellen show and talked a bit about her past, her family, and a bit about policy. Wonder which side is really serious about governing this country. The polls are also looking better for both Sec. Clinton and Sen. Sanders, as both of them continue to trounce Trump.

Enjoy your Memorial Day weekend, be safe, and thank a veteran or first responder!