John Fugelsang, Comedian & Host of ‘Tell Me Everything’ on SiriusXM Insight, Ch 121 Also IN STUDIO in Hr 2 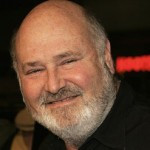 Top Stories
It’s a Friday – but that doesn’t make it a slow news day, as the Obama Administration decided Thursday they’d had enough of the bullying and BS surrounding the so-called ‘bathroom battles’ over anti-LGBT laws. So late Thursday, the administration released a directive to all public schools in the U.S. to provide transgender students with ‘access to suitable facilities — including bathrooms and locker rooms — that match their chosen gender identity.’

Not surprisingly, the right is trying to fight back in their own way, as a Bush-appointed federal judge ruled on Thursday that a key part of the ACA, that allows for the subsidies that now help more than 12 million Americans have health insurance. Taking away the insurance of millions of Americans – or costing millions of others hundreds or thousands of dollars more a month – isn’t exactly a great election year move by Republicans in Congress, though we can see why they’d try to do almost anything other than focus on their presidential nominee.

Speaking of the orange man, Trump met with Speaker Paul Ryan and other influential Republicans in DC on Thursday, and of course, they all claimed the meeting was “encouraging” – what’d people expect them to say? Still, the Trumpster fire that is The Donald’s campaign keeps burning even higher. Now, Trump’s former butler – both online, and in an interview with CBS – has called for both President Obama and Sec. Clinton to be killed.

If this is the way Republicans want to roll up to the 2016 elections? President Obama said it best, to Mitt Romney in 2012: “Please proceed…”