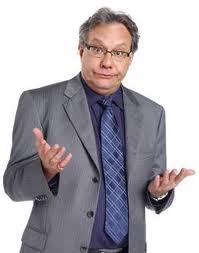 • Comedian Lewis Black calls in at 10:30am ET / 7:30am PT to talk about his new PPV special, “Lewis Black: Old Yeller Live At The Borgata”

• Embattled San Diego Mayor Bob Filner on Wednesday reached a tentative deal involving a sexual harassment lawsuit filed against him — but details were not made public, including whether settlement hinged on the former congressman resigning.

• The Obama administration acknowledged that it was ordered to stop scooping up thousands of Internet messages from Americans with no connection to terrorism — a practice it says happend when it gathered bundles of Internet traffic connected to terror suspects.

• The troubled young man who allegedly walked into a Georgia elementary school with a high-powered rifle and hundreds of rounds of ammo told a staffer that he didn’t care about dying and should have just gone to a mental hospital, 911 tapes revealed Wednesday.

• Syrian President Assad’s forces pressed on with a military offensive in eastern Damascus on Thursday, bombing rebel-held suburbs where the opposition said a chemical weapons attack the day before killed between 100 and 1,300 people.