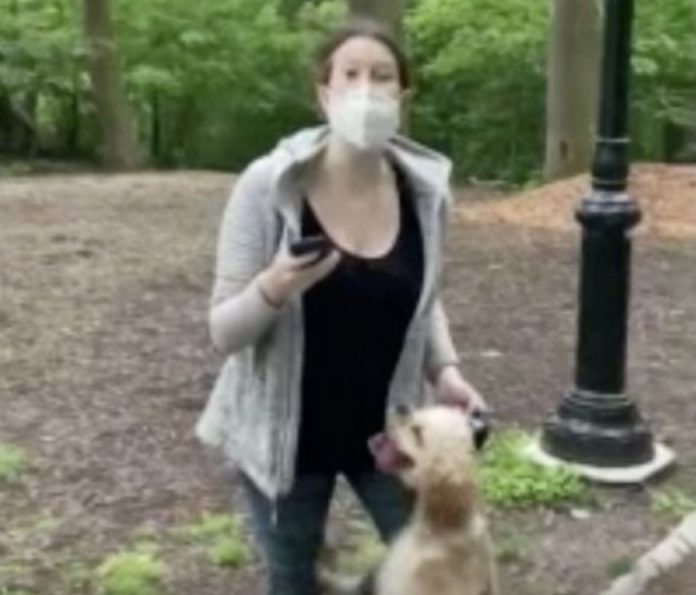 A cellphone video has gone viral and is sparking widespread outrage after capturing a white dog owner calling 911 and claiming an African American birdwatcher who told her to keep her pet leashed was “threatening myself and my dog” in New York City’s Central Park.

The confrontation occurred on Memorial Day in a wooded area of the urban oasis known as the Ramble, a popular destination for wildlife fans looking to spot rare birds. By Tuesday morning the dog owner had returned her pet to the rescue shelter she adopted it from, was fired from her job at the Franklin Templeton investment firm, and issued an apology for her behavior in an interview with CNN.