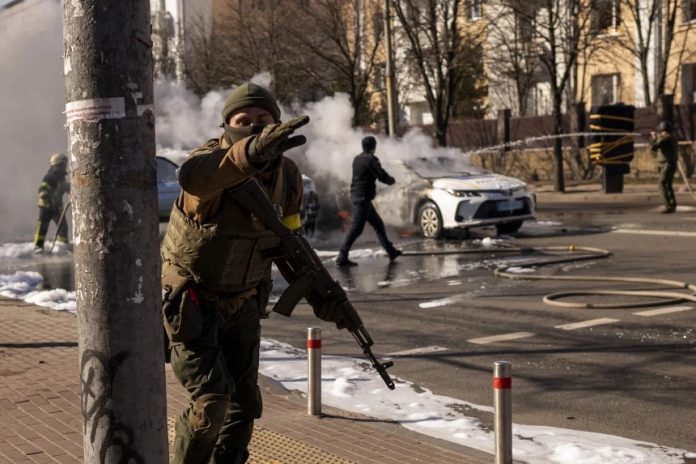 Russian and Ukrainian officials were set to sit down for talks on Monday even as fighting raged around key Ukrainian cities and Russian President Vladimir Putin confronted the fallout from Western sanctions.

Ukraine said that it would push for an immediate ceasefire and the withdrawal of Russian troops from the country. Its delegation for the talks included Defense Minister Oleksiy Reznikov, among other officials.