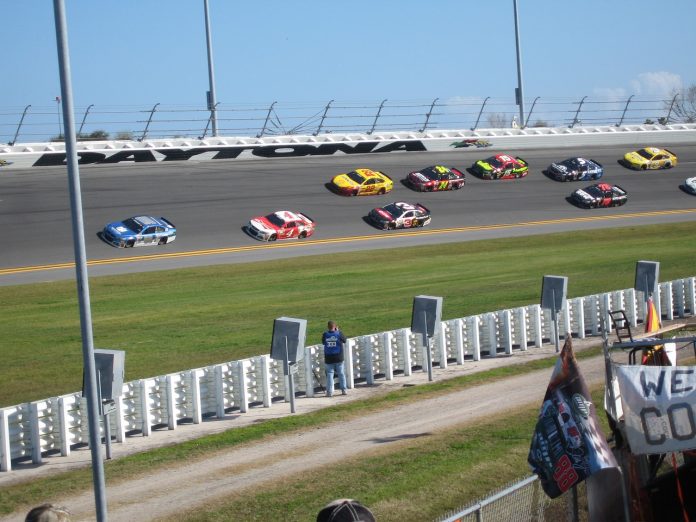 It wasn’t a campaign event, but this year’s Daytona 500 race had many of the trappings of a MAGA rally with spectators in red hats, waving American flags, and holding Trump signs inside and outside the Daytona International Speedway.