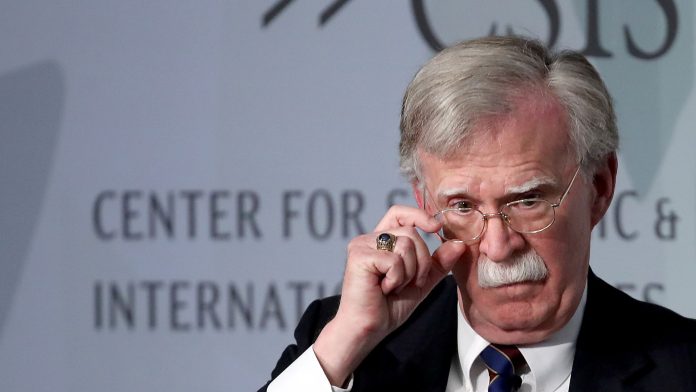 More than two months before he asked Ukraine’s president to investigate his political opponents, President Trump directed John R. Bolton, then his national security adviser, to help with his pressure campaign to extract damaging information on Democrats from Ukrainian officials, according to an unpublished manuscript by Mr. Bolton.

Mr. Trump gave the instruction, Mr. Bolton wrote, during an Oval Office conversation in early May that included the acting White House chief of staff, Mick Mulvaney, the president’s personal lawyer Rudolph W. Giuliani and the White House counsel, Pat A. Cipollone, who is now leading the president’s impeachment defense.