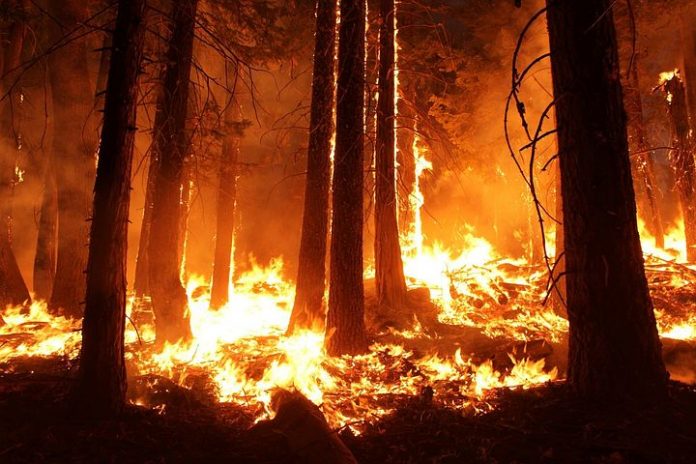 President Donald Trump touched down in California on Monday to survey the wildfire damage and immediately launched into his usual talking points about poor forest management while denying the role of climate change.

Trump arrived in Sacramento as more than two dozen major wildfires burned across the state. More than 2 million acres in the state have burned this year, a nearly 2,000% increase in land burned compared to this time last year.

At a roundtable discussion about the wildfires, California Secretary for Natural Resources Wade Crowfoot said Trump’s focus on forest management was obscuring the grim reality that climate change was behind the historically high temperatures and years of drought.