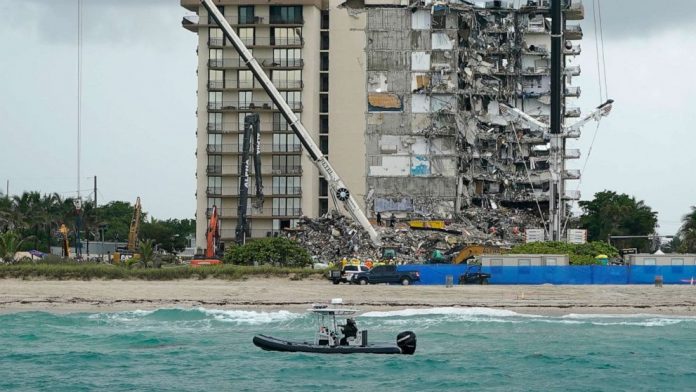 One week after a 12-story residential building partially collapsed in South Florida‘s Miami-Dade County, at least 18 people have been confirmed deadwhile 145 others remain unaccounted for, officials said.

The massive search and rescue operation, now in its eighth day, was halted for much of Thursday due to structural concerns, as officials worried about the remaining condo building also collapsing. Crews continue to carefully comb through the pancaked pile of debris in hopes of finding survivors. The partial collapse occurred around 1:15 a.m. on June 24 at the Champlain Towers South condominium in the small, beachside town of Surfside, about 6 miles north of Miami Beach. Approximately 55 of the oceanfront complex’s 136 units were destroyed, according to Miami-Dade Fire Rescue Assistant Chief Raide Jadallah.