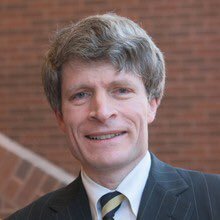 Robert Mueller’s report, even in redacted form, reveals how Donald Trump and his inner circle colluded with a foreign power to undermine American democracy. It also shows a president and his allies who were and are willing to obstruct and otherwise interfere with justice in order to remain in power. The Trump regime’s assault on the rule of law and democracy are not means and goals unto themselves. As with other authoritarian regimes, the ultimate goal is to amass more power and money at the expense of the public. Corruption and a lack of ethics are not exceptions in such types of governments. They are the rule.

Read the entire interview with Richard Painter at Salon.