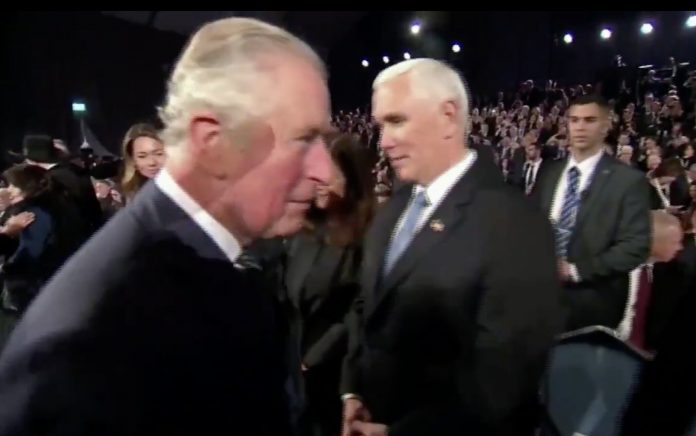 The Prince of Wales was greeting dignitaries, including world leaders, at an event to mark the 75th anniversary of the liberation of Auschwitz – but seemed to ignore US Vice-President Mike Pence.

A Buckingham Palace official has denied this was a snub, telling the BBC that the prince and Mr Pence had a “long and warm conversation” before the ceremony began.

See the video at The BBC.