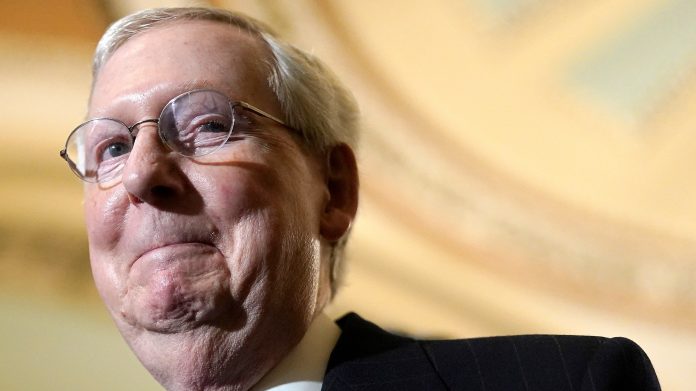 Senate Majority Leader Mitch McConnell was once confident he could get rid of the impeachment inquiry against President Donald Trump. As more information becomes available, however, that doesn’t appear to be the case.

A CNN report explained Monday that despite Trump’s urging, forcing senators to vote against a fair trial would put Republicans up for reelection in danger of losing their seats.

Read the rest of the story at Raw Story