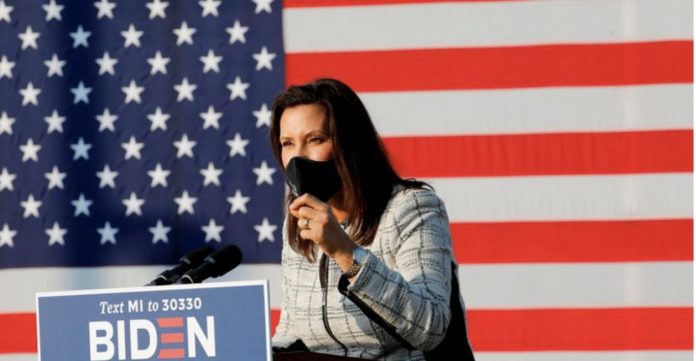 A Michigan militia was plotting to kidnap Gov. Gretchen Whitmer, a Democrat who has come under fire from President Donald Trump, according to the FBI.

In an affidavit, an FBI agent wrote that the bureau learned through social media in early 2020 that a group was “discussing the violent overthrow of certain government and law-enforcement components.” At a meeting in June, defendants Fox and Croft allegedly met with about 13 others in Dublin, Ohio, where they discussed “creating a society that followed the U.S. Bill of Rights and where they could be self-sufficient.” Several members of the group “talked about murdering ‘tyrants’ or ‘taking’ a sitting governor.”