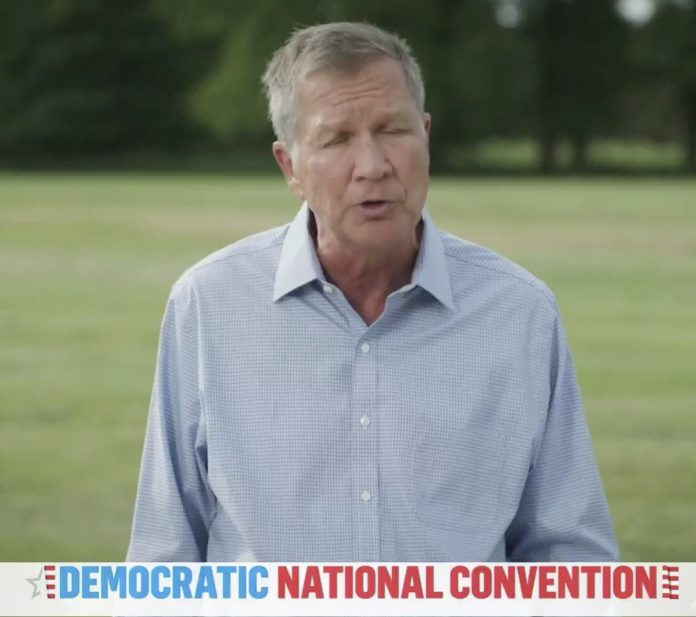 A group of Republicans addressed the Democratic National Convention on Monday night to urge Americans to vote against the “disappointing” and “disturbing” Republican President Donald Trump.

“Many of us have been deeply concerned about the current path we’ve been following for the past four years. It’s a path that’s led to division, dysfunction, irresponsibility and growing vitriol between our citizens,” former Ohio Gov. John Kasich, one of four Republicans to take the virtual stage at the convention, said, standing at what appeared to be a fork in the road. “Continuing to follow that path will have terrible consequences for America’s soul, because we’re being taken down the wrong road by a president who has pitted one against the other.”