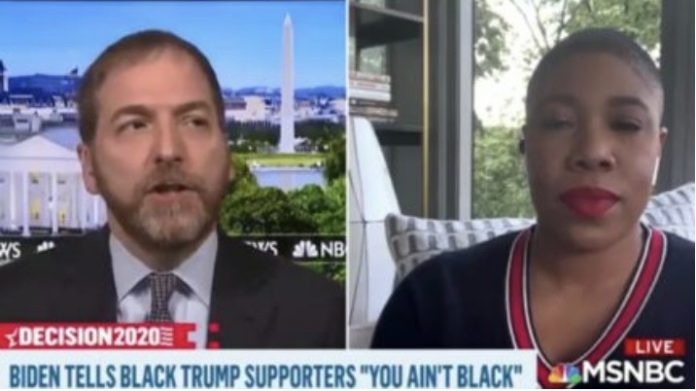 Senior Joe Biden campaign adviser Symone Sanders positively steamrolled MSNBC’s Chuck Todd when Todd tried to ask a question about Biden’s controversial remark to radio host Charlamagne Tha God. At the tailed end of a lengthy interview Friday, Biden cracked “If you have a problem figuring out whether you’re for me or for Trump, then you ain’t black.”

In a clip that went viral on social media and was flagged here by Crooks and Liars’ Karoli Kuns, Todd played some video of former Obama adviser and longtime senior Democratic operative Patrick Gaspard criticizing Biden over the remarks.