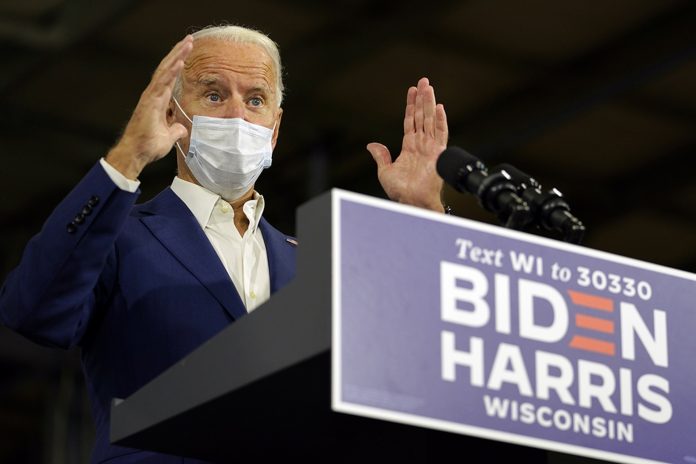 Joe Biden would not say whether he opposes the mounting calls in his party to add more members to the U.S. Supreme Court in retaliation for Republicans filling a vacancy right before the presidential election.

Biden told a local Wisconsin TV station Monday that he wants to keep the focus on President Donald Trump and not get distracted by the issue of so-called court-packing, an idea the Democratic presidential nominee has opposed for years.

“It’s a legitimate question. But let me tell you why I’m not going to answer that question: because it will shift all the focus. That’s what he wants,” Biden told Action 2 News. “He never wants to talk about the issue at hand. He always tries to change the subject.”